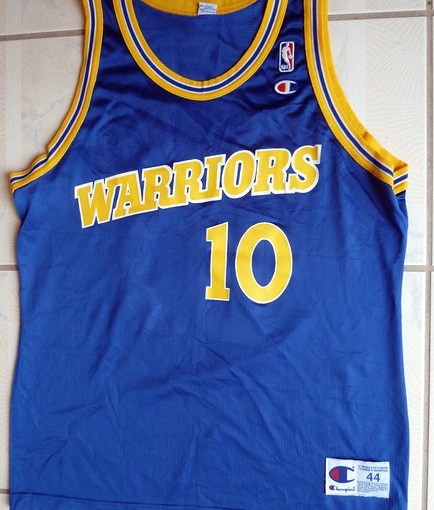 My sister went to the Warriors game versus the Knicks last week and she mentioned Tim Hardaway’s son, and this brought back my own memories of both son and father.

In the summer of 1995, I was 14 years old, waiting at the San Francisco International (SFO) Airport for my relatives (family of aunt, uncle, and two cousins) to arrive from Indianapolis. As they were my only other relatives in the United States, they were my favorite relatives, and Indianapolis was my adopted second favorite city. In addition, the Colts and Pacers were my second favorite professional sports teams in their respective leagues to the 49ers and Warriors (I stopped supporting the Colts after they fired Ted Marchibroda. Nearly 20 years later, I may be on the verge of ending my support for the 49ers because of their stupidity in letting Jim Harbaugh go. Harbaugh was also Marchibroda’s quarterback with the Colts and the Baltimore Ravens and was replaced with whom I fear to be the next Mike Singletary.)

“Hi Tim,” said the man behind the counter on the phone in between moments of talking to customers.

I was five feet away from Tim Hardaway and his three year old (had to look it up) son (the aforementioned Tim Hardaway, Jr.), wearing a Reggie Miller (my first jersey, shown below, still in pristine shape) Pacers jersey. Our family had come to SFO to pick up my cousins’ family and I had worn my jersey proudly to show that I love Indiana (please remember I was 14). And yes, I loved Reggie Miller, the Knick killer as well.

However, there was Tim Hardaway so close to me. I wanted an autograph (in 1995, it was not so common just to have cameras on one’s person) of course – it was Tim Hardaway, former all-star (and soon to be once again, sigh. WARRIORS!) and Run-TMC member who had just been traded from the Warrior a few months prior. But I was shy and of course, had branded Reggie Miller and the Pacers across my body. How could I do this, how ridiculous would it be? Plus, what if Tim was a super jerk or just too busy and rejected me. (By the way, Tim was either trying to rent a car at the time or claiming lost luggage at this moment)

Tim looked at me (I can only imagine what he was thinking), and I shied away. I was too ashamed (not of Reggie, but appearing like a bandwagon fan. Tim was never to know that I LOVE the Warriors and always have) and could not do it.

Today, I have kept my Reggie Miller jersey (another embarrassing note, I used to think I would grow into a size 48 jersey. While part of this was the era of baggy everything, I was clearly very optimistic. I am today 5’6, essentially the same height I was at in 1995, and can wear a size 36. NBA players wear size 48 and above.) Recently, I have also purchased a vintage Tim Hardaway jersey as well as a recent issue Chris Mullin (also of Run-TMC) one, shown below.