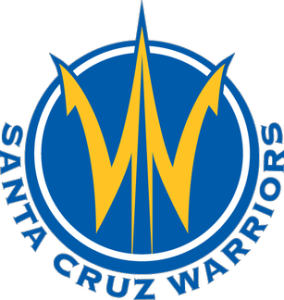 One of my first jobs was in Customer Service for Webgamezone, a company that later changed its name to RedOctane and produce the Guitar Hero videogame (yes, I was part of the team then too) franchise. I was on the front lines (I was told to “figure it out”) of dealing with hostile customers, but learned a lot in the process that people want to respected, listened to, and receive transparency.

[Edit: On March 16, I had a call with Gina Antoniello, Director of PR & Community Relations at the team. She was apologetic about the situation and explained what happened. Overall, she was friendly and understanding – I accepted the apology and hope that this won’t happen to future fans.]

That’s why I am very sensitive about customer service, and how often companies think dealing with customers as a cost center, and not a branding and loyalty growth opportunity.  I also often write about poor and disrespectful customer service that leads me to hate the company and stop using it.

Sports teams, unfortunately, are probably more prone to this problem. Teams with established fan bases often treat social media as a team-to-fan one way channel, with no need to address fan issues or reasonable direct-revenue fan questions. Where does a fan turn to when these things happen?

For example, the Golden State Warriors earned the Co-Retailer of the Year Award. Beyond this lofty recognition, which supposedly considers Customer Service as a factor, I can tell you that the Warriors Team Store has never answered one of my emails about purchasing the last few years.

But why should the Warriors care about me? They’re on top of the world – Stephen Curry and World Championships put them in good shape with or without me.

But how about the Santa Cruz Warriors, the Warriors’ minor league team that competes for 2,500 fans a night?

After attending the team’s 2nd ever home game, of which I enjoyed, I had been looking forward to going back. Then, I heard that Baron Davis (former Warrior great) had joined the NBA DLeague and would be playing in Santa Cruz. I messaged Baron on Twitter and asked if I could say hello and take a photo with him at the game. He gave me the thumbs up through a Like.

Wanting to be respectful of the teams and players, however, I wanted to ask the Santa Cruz Warriors the best way to do this – should I come early, where should I wait, etc. After all, the team was heavily promoting the Baron Davis visit to sell more tickets, and I was not asking anything unreasonable. I emailed the team (nearly a week in advance) through the email listed on its website, and sent messages on Facebook and Twitter. A few days later, I followed up on my email. Facebook showed that the Warriors read my Facebook (private) message.

The Warriors never replied. As the week closed along with forecasts of rain, I became more hesitant about going to the game. Not only would the weather be bad, (I would have a lengthy drive as well) but the Warriors did not seem to care about me as a fan and answer a simple question.

When Sunday (yesterday) came, I decided to not go. In addition, this experience has soured me on not going in the future. In past years, the Santa Cruz Warriors have also not answered my emails (about purchasing game-used jerseys) and messages (about being unable to unsubscribe from their promotional emails), and this experience has been a new reminder that the Warriors do not care. Unlike the Golden State Warriors, which could claim they get too many messages to reply to, the Santa Cruz Warriors average about 20 messages per day on Twitter. Why support private messaging and emails if you have no intention to reply?

Ultimately, it turned out that Baron didn’t play due to a minor calf injury. This somewhat validated my decision to not go, and general fear of missing out (FOMO). However, the Warriors game sold out, so I guess the team can say they didn’t need / want me to come anyway.

Thanks, Santa Cruz Warriors. Do not count on me for future sales or positive recommendations.